With over 1 million users on board by 2012, Ivacy VPN becomes a strong online security provider with its safe security options through its services. Their vision is to achieve the absolute online freedom to remove geo-blocks, which we all face throughout the digital arena. They provide 1000 + servers in 100 + locations with 5 simultaneous logins optimized on high-grade encryption protocols, including PPTP, SSTP, L2TP, and OpenVPN.

Ivacy is a big blessing for torrents as it provides torrent-optimized servers that will boost your online streaming with secure tunnels. They offer much more than torrent-friendliness; let’s get on with it!

This added feature is considered icing on the cake for privacy seekers. The chance of your IP being exposed is inevitable. The link bridged through the VPN server breaks when your internet connection fails, revealing your IP. Ivacy VPN has an Internet Kill Switch that maintains and keeps the connection bridged by switching it on. This gives users a 100% safe online browsing experience without risking their IPs.

Ivacy claims to be the first VPN company that introduced Split Tunneling. This is a unique feature that allows you to divert your data traffic. You can choose the VPN tunnel of your choice to send data. This way, you will have complete authority over sending data through a VPN tunnel or your regular ISP, depending on your usage and need.

Multiple VPN providers have a built-in DNS leak protection test, but Ivacy has a simple, easy-to-use DNS add-on that routes all the traffic through their in-house DNS servers, preventing DNS leaks.

All these protocols are standard, following the industry’s trend; choose as per your convenience. These protocols provide the best security options for a better streaming experience. Apart from these, 256-bit data encryption is the primary security encryption tunnel. You won’t have to worry about hackers and their heinous scams through these encryption protocols, as your identity will be safe.

It’s important to understand that not all the protocols are designed for all the supported apps and devices; let’s listen from the right source – Ivacy support, 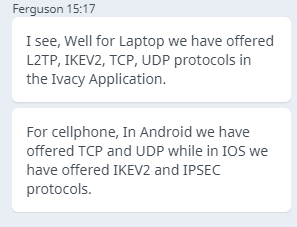 Apps and Supported Devices – All Are Covered! 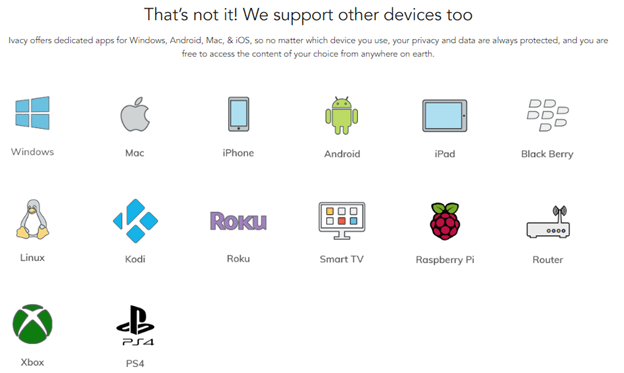 With Kodi users spread across the globe and its incredible streaming possibilities, Ivacy has provided a secure setup guide for all Kodi versions, whether Leia, Krypton, or Jarvis. Users can check the setup guide and find their operating system OS to start configuring Ivacy VPN on XMBC Kodi.

The VPN offers app configurations for:

This is among the VPN providers we have tested, which provide a detailed guide for setting up VPN on Kodi.

Ivacy VPN is rated 4.5/5 on the iOS App Store, and the reviews are exceptional. Users love the app and its unique features.

The Android app is rated ⅘ and has mixed reviews. Users have found the app decreases browsing speed and lacks significant features such as a Kill Switch.

Ivacy server list includes 1000 + servers in over 100 + locations spread to more than 50 countries. These servers shut down on and off while new servers are created. This is not a fixed figure, but Ivacy is expanding to more servers shortly. 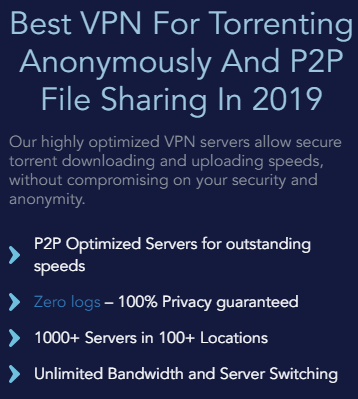 With time, VPN providers keep upgrading their software to work on multiple websites and ensure compatibility diversification like torrenting – among the first few features a VPN provider considers. Ivacy claims to provide P2P-optimized servers that are good for Torrenting and file sharing.

We were not sure whether all servers are P2P supported or if there is a condition. We inquired through the live chat support and asked the representative, who further narrowed down our query. 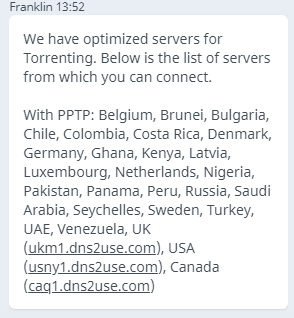 In our tests, we have recorded a few numbers of servers that were optimized for torrenting; nothing has been mentioned on the website. The live chat made a lot of sense as these are the only servers working for torrenting.

Standing out from the crowd, Ivacy offers servers to stream Netflix US, Netflix UK, Netflix Canada, and Netflix Australia. Through Ivacy VPN, you can have full access to the content library of all the Netflix regions mentioned above. You will get instant access to TV shows and Movies.

We asked the live chat support to see which servers are specifically designed to stream Netflix as it can be deduced with the tagline that all servers are readily available to stream Netflix. The website does not indicate the servers that are optimized for Netflix. Instead, a vague statement says, “Ivacy supports Netflix.” 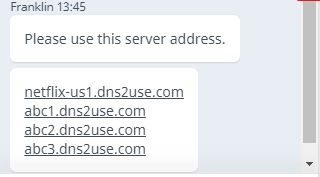 The Ivacy support cleared our concern, and only the servers mentioned above are designed to stream Netflix; otherwise, the rest of the servers are not Netflix friendly. This is a massive breakthrough because multiple users do not come across servers that work on Netflix. Also, through Ivacy, you can stream Amazon Prime and Hulu. The dedicated pages provide a step-by-step guide on installing and using Hulu and Amazon Prime on different devices, including Kodi and Ps4.

All Best VPN analyzes every VPN provider with a keen eye and covers all the aspects. We compare the pricing plans of each security provider after an in-depth review to see which VPN provider offers the cheapest rates. Our Ivacy study concludes the pricing plans as affordable compared to its major league competitors. You can choose between three goals:

The monthly plan is cheaper than many other VPNs. It is not the most economical rate but considering other big names such as CyberGhost and ExpressVPN; it’s cheap enough. Secondly, the yearly and two-year plans are good because they offer the lowest possible rates.

Ivacy offers multiple payment methods mentioned above. This is an added pro factor because most VPN providers have limited the payment methods to credit cards and bitcoins. Ivacy has a massive list of payment plans to choose from. 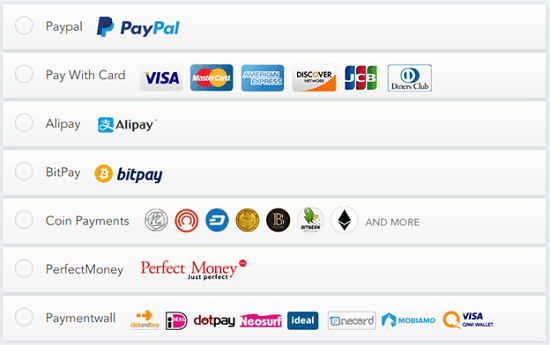 Buying a VPN is challenging because you need to ensure it is the right tool for your online security. Ivacy VPN provides an option to get your money refund through a 30-day policy. Most of the time, VPN providers have hidden bandwidth limits that users come across while making a refund; that is when the VPN provider rejects your request.

With Ivacy, there is no limit to your bandwidth, and you can use as much data as you want and still request a refund within 30 days. However, while reading their refund policy, we found only a few hidden statements in the refund policy.

The one-month account has a 7-day refund policy; if you have used Bitcoins, BitPay, or any other Cryptocurrency, you are not eligible for the refund. This is a con because there are limitations to your payment methods while giving so many payment plans.

Ivacy has easy-to-access customer support equipped to handle all the technical and general queries through their Live Chat Support, Email support, and the FAQs provided. The page has an option to search for your desired problem, so you can easily use the keywords to reach the relevant suggestions.

Their live chat support has our full marks because every time we opted for live chat support, we had to fill in our email and our name before we could proceed. Through Ivacy, you can directly open the chat and commence the conversation without formalities. We did not find this valuable feature in other live chat supports.

Any VPN provider claiming to provide a false No log policy automatically gets rejected by our experts because a VPNs most essential and crucial aspect of respecting and delivering 100% privacy is void! Any VPN falling under some conspiracy or act of harvesting user data is a significant breach of their policies.

On the bright side, Ivacy is not among those VPNs because they live up to their no log claims; no incidents of leaking data or retaining have been found so far. We have thoroughly gone through their privacy policy, and we were surprised by the words they have chosen to describe each detail in depth.

Objectivity is the key when performing a speed; it varies with locale. The current rates may change in a few minutes, depending on your purchase connection. We have tested four regions with a time interval of 1 hour and recorded the best speed.

Speed tests also vary on multiple grounds, and the stability of the connection can be a big concern. No speed test measures the speed with 100% authenticity and accuracy because there is always an X factor. That X factor can be the speed received or anything else because these tests do not run in a controlled environment.

However, no matter how and when fluctuating factors affect speed, conclusions and judgments never backfired. Overall, we did not like the rates. If you are a current VPN user, you will find the speeds comparatively slow as servers in Asia underperformed at 53.0 Mbps for someone connecting from outside of Asia. Then again, these speeds are nominal, considering the price tag.

Ivacy VPN is Not Good At;

Minor refund policy details are not as accurate and straightforward as they should be. Ivacy claims to provide a 30-day money-back guarantee with conditions attached that are not mentioned upfront. If you have subscribed to the monthly plan, then:

These details need to be outlined under the pricing plans.

The term Five Eyes is a dangerous ordeal if you want to secure your online privacy and identity. Unfortunately, Singapore has a connection with the Five Eyes alliance. Five Eyes is a collaboration between Canada, Australia, the USA, New Zealand, and the UK. Their partnership allows them to spy on any person within these nations.

This is a significant breach of privacy if you are among the ones being spied on. Edward Snowden leaked the evidence, stating that Singapore has legitimate connections with Five Eyes. This is not an immediate threat to the users of this Singapore-based VPN but could be a threat shortly or maybe tomorrow.

Do We Recommend Ivacy VPN?

Recommending a VPN is a big decision because it’s not about buying a classical guitar; it’s about the privacy and security of our precious data; in-depth research and analysis are highly required. We are satisfied with the Ivacy VPN because it has lived up to our standards, reviewing protocols, logging policies, features, speeds, pricing plans, a list of servers, and almost everything more.

There is a big question regarding the “Five Eyes.” This is true, but there is no surety that Ivacy is related to it or it leaks user data. The privacy company keeps no logs; that is guaranteed. But still, there is a doubt about it. The features Ivacy provides are standard with average speeds; overall, it is a good VPN. The pricing plans are nominal and good for someone on a tight budget.

Syed Humza Hussain is an IT student completing his degree in computer studies; He is working at CriticInfo as a Publishing Manager.